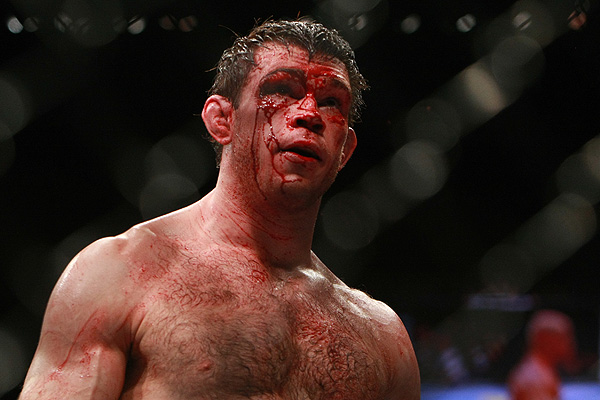 Shortly following the conclusion of UFC 160, Forrest Griffin announced that he was calling it a career after 26 professional fights -- including 15 with the Las Vegas-based promotion.

Griffin, of course, was one-half of arguably the most important moment in UFC history: the memorable slugfest with Stephan Bonnar at the “Ultimate Fighter 1” finale that help push mixed martial arts toward mainstream acceptance. The Georgia native had plenty of other highlights, whether it was upsetting Mauricio Rua at UFC 76; capturing the light heavyweight strap with a victory over Quinton Jackson at UFC 86 or taking two out of three bouts from fellow Hall of Famer Tito Ortiz.

Griffin exits the UFC with a 10-5 record in the Octagon, making him one of 43 fighters to reach double-digit victories in the promotion -- a figure that is tied for fifth-highest in UFC history. Here is a by-the-numbers look at Forrest Griffin’s UFC career, with statistics provided by FightMetric.com.

5: “Fight of the Night Bonuses” earned, most among light heavyweights and No. 3 among all UFC fighters.

2:53:16: Total Octagon time for Griffin, fourth most among light heavyweights and No. 28 all-time. Bonnar is at No. 27, with just seven seconds more cage time than his rival.

2,187: Total strikes attempted, No. 3 in the UFC behind only Sam Stout and Michael Bisping.

796: Significant strikes landed, No. 1 among lightweights and No. 8 among all UFC competitors.

15: Seconds remaining in the third round of Griffin’s submission triumph over Rua, the second latest submission and fourth-latest finish overall in UFC history.

5.35: Strikes landed per minute by Griffin in the third round of his fights. That is the seventh best rate for third-round striking in UFC history.

200: Career leg kicks landed, most in UFC history. Griffin landed 38 leg kicks alone against Hector Ramirez at UFC 72, the most ever in a 205-pound bout.

4,229: Days between Griffin’s pro debut, a unanimous decision loss to Dan Severn at Reality Superfighting 5 “New Blood Conflict” and his official retirement announcement on May 26.

3:: The fewest amount of significant strikes landed by Griffin in a UFC bout. This happened on three occasions -- losses to Rua (UFC 134) and Anderson Silva (UFC 101) and in a victory over Bill Mahood (UFC 53). All three contests ended inside of a round.

5: The most takedowns landed in a single Octagon appearance by Griffin, in a unanimous decision triumph over Rich Franklin at UFC 126.

145: Combined significant strikes landed by Griffin and Bonnar at the “TUF 1” finale. Griffin outlanded Bonnar 33 to 17 in round one and 32 to 15 in round three, while “The American Psycho” outlanded Griffin 25 to 23 in round two.