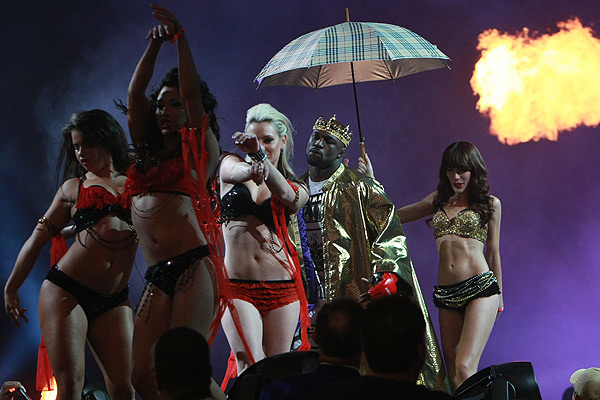 Everyone answers to somebody, so we, the staff at Sherdog.com, have decided to defer to our readers.

“The Doggy Bag” gives you the opportunity to speak about what is on your mind from time to time. Our reporters, columnists, radio hosts and editors will chime in with their answers and thoughts, so keep the emails coming.

This week, fans are trying to make sense of major recent MMA happenings, and, quite frankly, they do not like what they see in their crystal balls.

How has an athlete as talented as Muhammed Lawal decided that Bellator’s barren light heavyweight division and professional wrestling is the best step forward for his career? What happens if Josh Barnett wins the Strikeforce heavyweight grand prix and has another issue with steroids? What if bantamweight ruler Dominick Cruz never really recovers from his knee injury? Has Zuffa already blown the chance to make its mark on Fox?

Not everybody is a Nervous Nelly, though. Nate Diaz’s sensational performance against Jim Miller at UFC on Fox 3 simply has some people anxious in the best way possible, eager to see how the sterling Stocktonian matches up against either Benson Henderson or Frankie Edgar. As so often tends to be the case in this sport, 155 pounds has the cure for what ails you.

Muhammed Lawal signing with Bellator and TNA Wrestling just makes no sense to me. I seriously need some help or guidance to understand why a legitimate, real amateur wrestler not only wants to sign with an MMA promotion that has no one for him to fight but to involve himself in pro-wrestling. Lawal has already had several wrestling and MMA injuries, too. What if he gets hurt again diving off the top rope? I get the fact he was put in a corner after his positive test and being released from Strikeforce, but how is this idea the solution to his problems? Maybe we Finnish people just don’t "get" pro-wrestling. -- Lasse from Tampere

Jordan Breen, administrative editor: It is relatively shocking any time a well-respected MMA fighter wants to divert significant time, effort and resources to do something different from fighting in the cage. However, at this point in time, people should well accept the fact that the “mixed” part of “mixed martial arts” often leads to bizarre, kissing-cousins-type relationships with other sports that often have an incredible attraction.

Just as dancers want to sing, singers want to act, actors want to direct and directors want to be astronauts, MMA’s close association with its component parts makes for weird situations. It’s nothing new for MMA fighters to want to box, and certainly in the heyday of Japanese MMA, pro-wrestling stints of various levels of seriousness were nothing strange for MMA fighters. This relationship is even more obvious in the instance of Lawal, who not only is a lifelong pro-wrestling fan but signed on with a company in Bellator that is in bed with Viacom and Spike TV, who want to try to fortify their product by cross promoting and intermingling their Bellator and TNA properties, for better or for worse.

It isn’t enough to just say Lawal is a “pro-wrestling fan,” either. Lawal is some sort of self-styled combat renaissance man. He was one of the first amateur wrestlers to jump at a chance to do the ill-fated Real Pro-Wrestling when it was conceived. He’s also a lifelong boxing fan. He spends large amounts of time on YouTube checking out everything from Saenchai Sor Kingstar fights to savate techniques. This is a man gripped by the peripheral elements of MMA much more than your average fighter. Being a unique athlete often affords you the chances to try out different things. This isn’t as extreme as say, Brock Lesnar -- or, more successfully, Stephen Neal and Carlton Haselrig -- embarking on an MMA career or Sonny Bill Williams -- or, more historically, Anthony Mundine -- leaving rugby behind, but we must acknowledge the existence of certain athletes who are psychologically driven to these kinds of challenges and physically capable of doing so.

It would’ve been great to see Lawal perhaps take a few fights in some of his old stomping grounds in Texas, Oklahoma, Tennessee and so forth and try to get into the good graces of Zuffa to allow for a UFC contract at 205. It definitely would’ve been my preferred career arc for him. However, apart from Zuffa, no one in MMA is paying what Bellator is right now, and whether or not it is dreadful to think of him tearing Christian M’Pumbu limb-from-limb, we are talking about an athlete whose personal motto is “get dat paper.” The fact that TNA ponied up additional funds for him to do something that he’s probably been dreaming about since he was a child likely made the decision for Lawal a no-brainer.

It’d be disingenuous for me to act like I’m excited to see Lawal fight Travis Wiuff again or plow through a 205-pound tournament that he could probably win in a single night if he wished. However, I can’t begrudge an athlete entirely for doing something he is honestly excited about and getting solid financial compensation for. Hell, maybe Lawal can step up to heavyweight to make it interesting and battle a former compatriot in Bellator heavyweight champ Cole Konrad, who he jokingly and lovingly calls “Queen Cole.” At the very least, it’d be one of the starkest contrasts in personality we’ve seen in some time.

That’s the most explaining I can do; that’s the rationale, even if I don’t necessarily think it’s prudent. However, Lawal likely doesn’t give a damn what any of us think. The ink on his knuckles spell it out, clear as day: “F--K YALL”.