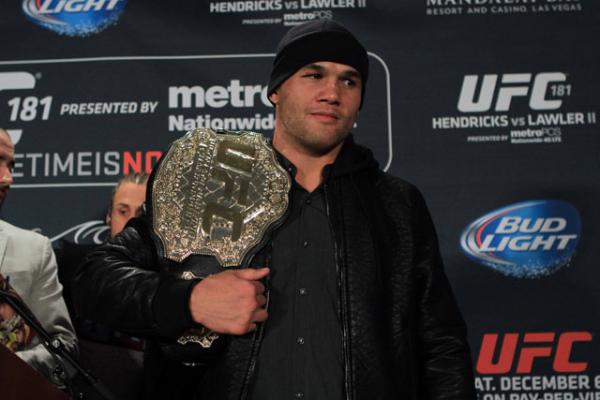 Robbie Lawler (Pictured) and Rory MacDonald will square off in the UFC 189 co-main event. | Photo:


Only eight men have held the undisputed Ultimate Fighting Championship welterweight crown: Pat Miletich, Carlos Newton, Matt Hughes, B.J. Penn, Georges St. Pierre, Matt Serra, Johny Hendricks and Robbie Lawler. However, one of the most coveted prizes in MMA has become something of a forgotten piece to the UFC 189 puzzle, lost in the hoopla surrounding a Jose Aldo-Conor McGregor showdown that now may never happen.

Lawler will put the 170-pound championship on the line against Rory MacDonald -- an opponent he defeated prior to his current title reign -- in the UFC 189 co-main event on Saturday at the MGM Grand Garden Arena in Las Vegas. There, the “Ruthless” one will seek to join former mentor Miletich, former teammate Hughes and St. Pierre in even more rarified air as the only fighters to successfully defend the welterweight belt.

The 33-year-old Lawler’s climb to the top has been nothing short of remarkable. He made his UFC debut in May 2002 and did not reach the summit until he defeated Hendricks in their Dec. 6 rematch.

“This is a lot of hard work that finally paid off,” Lawler said during a pre-fight media call. “It’s a lot of never saying die and always believing in myself. This is hard work by my coaches and training partners throughout the years, but I’m not really concentrating on that kind of stuff right now. I’m concentrating on today and how I can get better and continue to do well. I’m going to continue writing my story and beating people up. I’m not going to let this ride end.”

Now based at American Top Team in Coconut Creek, Fla., Lawler earned a split decision over MacDonald at UFC 167 nearly two years ago. He has designs on authoring a far more decisive outcome this time around.

“The plan for me is to always go out there and finish people,” Lawler said. “I don’t want to go out there and leave it to the judges. I want to get in his face. I’m going in there to knock somebody out. That’s how I fight, and I want to put a stamp on this one.”

MacDonald has been viewed as a potential champion for years. Losses to Lawler and Carlos Condit slowed his ascent but taught him invaluable lessons in the process.

“When I got into the UFC, I knew I wasn’t ready to fight for the belt and there was a lot of growth I needed,” MacDonald said. “I needed a lot of experience against top-level guys and it took time, but step-by-step, I got the experience I needed. I kept practicing techniques and developing new styles. I’ve kept an open mind as a martial artist, and here I am. The road doesn’t end here after this. There’s always more to learn as a martial artist, and that’s going to keep going.”

Operating out of Montreal’s Tristar Gym and training under Firas Zahabi, MacDonald has rattled off three straight wins -- the 25-year-old bested Demian Maia, Tyron Woodley and former Strikeforce champion Tarec Saffiedine in succession -- since he yielded a split decision to Lawler in November 2013.

“I’m not trying to prove anything,” MacDonald said. “I believe I have a new attitude and I’ve come a long way since that fight. I feel I’m at my best right now, and I’m going to go out there and show that to the world. The rest will take care of itself.” 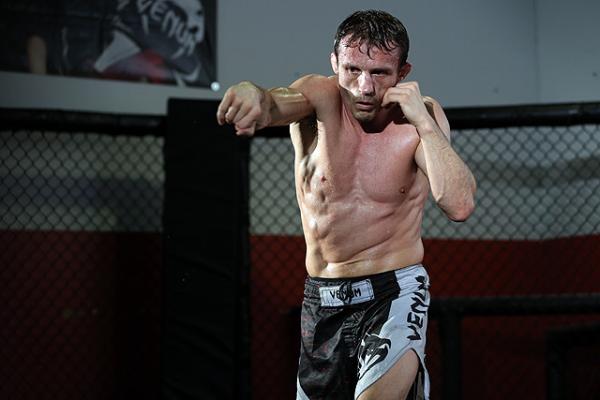 (+ Enlarge) | Photo: Dave Mandel/Sherdog.com
Pickett has a difficult assignment.
Brad Pickett drew the assignment few others wanted in his return to the bantamweight division.

The American Top Team-trained Brit will take on the unbeaten and fast-rising Thomas Almeida in a featured clash at 135 pounds. Pickett, 36, has not competed as a bantamweight since he submitted to a Michael McDonald triangle choke in August 2013. He went 1-2 at 125 pounds, following a victory over Neil Seery with decision losses to Ian McCall and Chico Camus. A former Ultimate Challenge MMA and Cage Rage champion, Pickett figures to provide Almeida with his sternest test to date.

The 23-year-old Almeida has been a whirlwind of violence. He has amassed 17 finishes, 15 inside one round, in racing to a perfect 18-0 record. The Chute Boxe standout last fought at UFC 186 on April 25, when he disposed of Yves Jabouin with punches in a little more than four minutes. 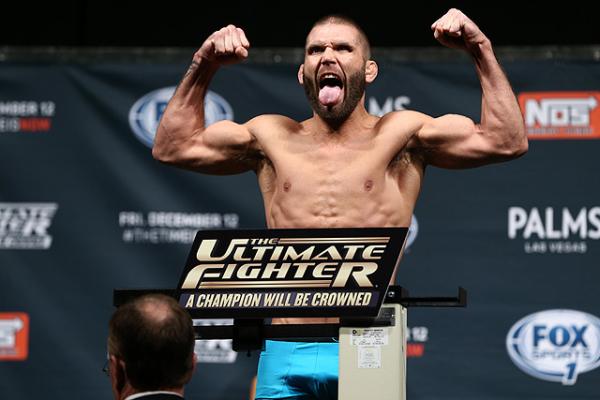 (+ Enlarge) | Photo: D. Mandel/Sherdog.com
Stephens is seasoned.
UFC 189 “Mendes vs. McGregor” will be the 325th event the Ultimate Fighting Championship has staged in its history ... Conor McGregor was a two-division titleholder in the Cage Warriors Fighting Championship organization, capturing its featherweight crown on June 2, 2012 and the lightweight belt a little less than seven months later ... According to FightMetric data, only six fighters have spent more time competing inside the Octagon than Jeremy Stephens (4:06:21): Frankie Edgar, Gleison Tibau, Diego Sanchez, Clay Guida, Michael Bisping and Lyoto Machida ... Gunnar Nelson has submitted five different opponents with rear-naked chokes ... Matt Brown sports 29-, 39-, 51-, 92- and 97-second finishes on his resume ... When American Kickboxing Academy export Mike Swick climbs into the cage, a total of 945 days will have passed since his most recent appearance ... SBG Ireland’s Cathal Pendrad is 11-0-1 across his past 12 outings ... Former Championship Fighting Alliance titleholder Yosdenis Cedeno holds the rank of black belt in Shito-ryu karate ... When Louis Smolka was born on July 16, 1991 the top five movies at the domestic box office were “Terminator 2: Judgment Day,” “101 Dalmatians,” “Boyz N the Hood,” “Point Break” and “Robin Hood: Prince of Thieves” ... The four men who have beaten Enrique Briones -- Bobby Green, Mike de la Torre, Alex Soto and Brady Harrison -- own a cumulative record of 55-24-1.


Upon completion of UFC 189 “Mendes vs. McGregor,” the MGM Grand Garden will have hosted 32 Ultimate Fighting Championship events -- more than any other venue. The neighboring Mandalay Bay Events Center has hosted 30.