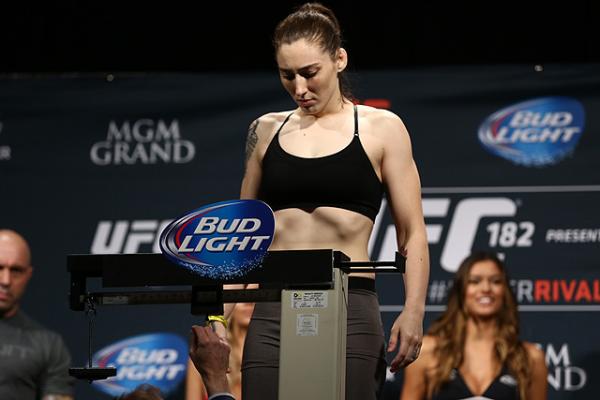 Alexis Dufresne could not make weight in either of her UFC appearances. | Photo: Dave Mandel/Sherdog.com


Alexis Dufresne entered the Ultimate Fighting Championship undefeated, but after two straight losses, the bantamweight has been released by the Las Vegas-based promotion.

Dufresne, 24, made her UFC debut against Sarah Moras at “The Ultimate Fighter: 19” Finale in July, losing a controversial unanimous decision. Prior to the bout, “The Sneaky Zebra” weighed in at 143 pounds.

In her next Octagon appearance at UFC 182, Dufresne again came into her scheduled matchup overweight at 138 pounds. This time around, the result was anything but controversial, as the Team Quest fighter was soundly beaten by Marion Reneau and dropped a lopsided decision.