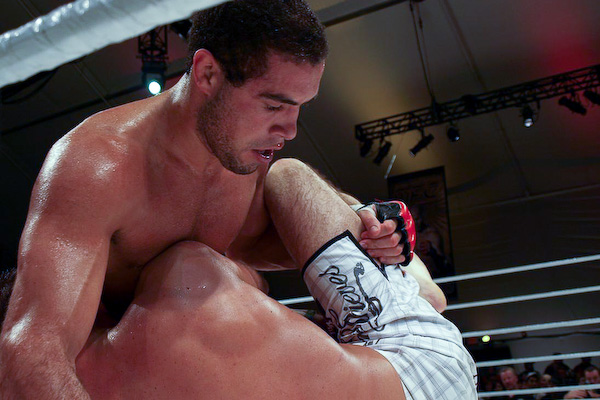 Leites (15-3), coming off back-to-back losses, showed new-found aggression and improved stand-up against Lister (11-7) in a fight in which he was never in danger. The two BJJ black belts matched each other move for move on the ground in an exciting exchange of submission attempts and battles for ground control.

“I had a feeling that our ground games would be very close,” said the 28-year-old Brazilian. “For that reason, I worked more on my stand-up for this fight and I really wanted to be more aggressive in this fight and I think it showed in the fight. I needed this win very badly. This had not been a good year for me up until now.”

Local star Jason MacDonald picked up a victory over fellow UFC veteran Solomon Hutcherson in the co-main event. However, the celebration was delayed due to problems adding up the judges’ scorecards.

MacDonald (22-13), who had dropped his past three fights coming in to the bout, controlled most of the action on the ground going from submission to submission throughout the contest. MacDonald appeared to have Hutcherson in trouble with multiple rear-naked choke attempts, but Hutcherson was able to survive them all. Hutcherson (11-6, 1NC) scored with leather in the third as the bout went to the judges.

The scores were originally announced as a split draw.

Minutes later during the main event, word came to media row that the scorecards had been added incorrectly, and that in fact the official result was a split-decision victory for MacDonald (29-28, 28-29, and 29-28). Sherdog.com scored the bout 29-28 for MacDonald.

“I was surprised when they announced it a draw originally. I thought I had won two rounds and the other was close. I’m not sure how or why the scorecards were messed up, but I was happy when they told me there had been a scoring error and in fact I was the winner,” stated MacDonald after the fight.

Ryan Jimmo was challenged by MFC owner Mark Pavelich before the fight to be more exciting. He took a step in that direction as he defeated Emanuel Newton with a hard-fought unanimous decision. Jimmo (12-1) controlled most of the bout in the clinch and bullied Newton (12-6-1) in close through 15 minutes. 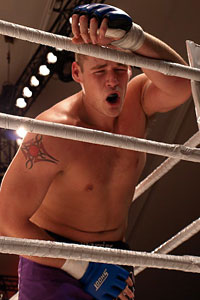 Bryan Baker may have penciled himself into a future fight with Leites as he defeated Art Santore via unanimous decision with scores of 29-28, 30-27, and 29-28. In the most entertaining fight of the night, both fighters swung for the fences in a match that left Santore (18-7) a bloody mess from a cut on the bridge of his nose. Baker upped his record to 11-1 with the win.

Dwayne Lewis took a step up in competition and passed the test with flying colors as he defeated Marvin Eastman by knockout late in the opening period. With a large and vocal fan base, Lewis (10-4) landed two right uppercuts that sent Eastman (16-12-1) to the ground. Lewis then followed him to the floor and finished the bout with punches at 4:58 of the first.