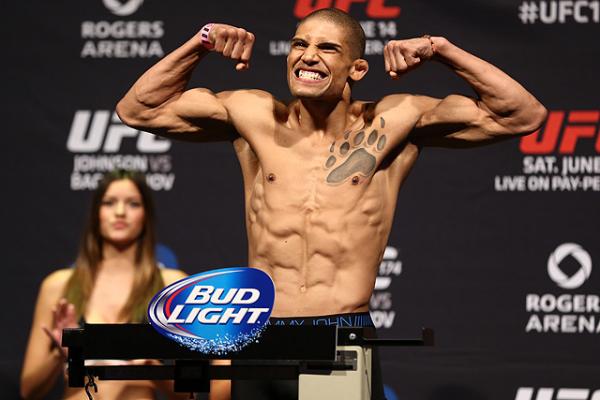 Kajan Johnson will return to action on Sept. 26. | Dave Mandel/Sherdog.com


A lightweight showdown between Kajan Johnson and Naoyuki Kotani has been added to the UFC Fight Night "Barnett vs. Nelson" lineup.

The Las Vegas-based promotion announced the matchup on Thursday. The UFC Fight Night card takes place on Sept. 26 at Saitama Super Arena in Saitama, Japan, and is headlined by a heavyweight encounter pitting Josh Barnett against Roy Nelson.

A veteran of “The Ultimate Fighter: Nations,” Johnson captured his first Octagon triumph at UFC Fight Night “Edgar vs. Faber,” as he took a unanimous decision over Lipeng Zhang in Manila. The Tristar Gym representative suffered a third-round knockout loss to Tae Hyun Bang in his promotional debut at UFC 174.

Kotani entered the UFC on a 13-fight winning streak but has fallen to Norman Parke and Yan Cabral in his first two Octagon appearances. The 33-year-old Japanese fighter is 33-12-7 as a pro, including 25 victories via submission.