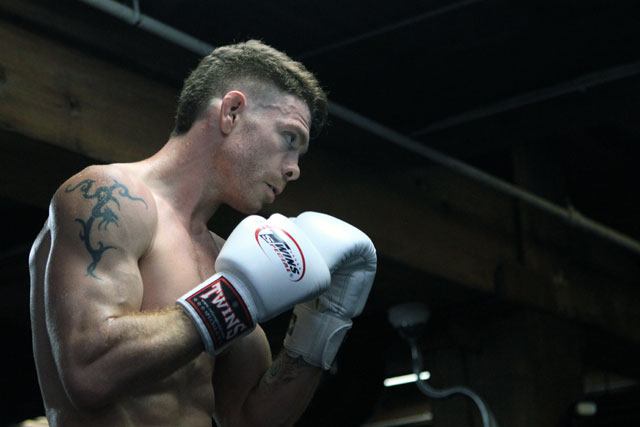 Paul Felder has ideas about why he lost his last two bouts. | Photo: Jeff Sherwood/Sherdog.com


A little more than 18 months ago, then-unbeaten Paul Felder was being discussed as one of the next prospects who might get the call up to the Ultimate Fighting Championship following his win over Marc Stevens. Now, four fights later, Felder is 2-2 in the UFC and established as a formidable force at lightweight.

“It’s been crazy,” Felder told Sherdog.com in a recent interview. “I remember... talking to my manager after that fight, hoping that we were going to get in, and now sitting back and thinking, I’ve got four fights. Two and two, not necessarily going quite as well as I had hoped, but they were fights with Edson Barboza, Ross Pearson and Danny Castillo. It’s still surreal and overwhelming, and I’ve got to pinch myself sometimes.”

Felder’s .500 record has put a damper on the high of his debut. After losses to Barboza and Pearson, “The Irish Dragon” has decided to tweak preparations for his pivotal fifth bout in the Octagon, which will come Jan. 17 against Daron Cruickshank at UFC Fight Night in Boston.

“I try not to dwell on it,” Felder said of his last two bouts. “I took the time I needed after the Pearson fight and definitely talked to my coaches and everyone that’s a part of my team and evaluated, what are we doing? Why are we coming up just short? I’d have to think about it a lot more if I got submitted or knocked out by these guys, or completely dominated, but they’re a split decision and close decision that I lost. Really we’re just knocking out the little problems that we’ve had in the camp and maybe the things we could’ve done better.”

Felder acknowledged that he did not give himself enough time to recover following a tough fight with Barboza in July before rolling into his September bout with Pearson. Now, the focus has turned to a fight and event which Felder’s camp has wanted all along.

“We’ve known that we’ve wanted to fight on this Boston card for a little while now. I tend to overtrain and then I don’t peak properly when it comes time for the fight. I’ve been doing really good strength and conditioning training, getting stronger but without getting heavier because of the IV ban that’s coming up.”

“We’re watching a lot of footage on Cruickshank, trying to figure out what he does and what we can beat him at,” Felder said. “These are things we all overlooked, myself included. We all agreed that we just kind of relied on just being tough and able to outstrike these guys. These guys beat me with game plans the last two fights.”

It seems like a simple idea, but game-planning for an opponent in MMA is not practiced by all fighters. Saying he “doesn’t know how not to throw down in a fight,” Felder is focused on more of the nuances of the game against tougher competition.

“Some guys don’t have enough of that -- just trusting they’re a fighter and they can fight anybody and win. I think I was the opposite and believed too much in that, and a lot of people believe too much in that,” Felder said. “What I need to do is just be more specific with how I do that and smarter and not get angry and pissed off and lose a fight because I put my hands down and slap my stomach because I got kicked. It’s all cool and entertaining, but it’s not getting me wins.”

Therein lies the catch, since Felder has made a name for himself by putting on entertaining fights, win or lose. Does he continue to take risks and potentially drop more fights? Or does he go into the cage with a more conservative style and make sure he gets the win? Felder doesn’t see that as the issue at all.

“I think it’s funny you say that and use ‘conversative,’ because I think I need to be less conservative. I think I’ve gotten caught up, especially in the third round of both my fights with Pearson and Barboza, in maybe assuming I’m ahead on the scorecards when I wasn’t,” Felder explained.

“It’s a stupid thing for me to do as a fighter. I think I need to get back to what got me to the UFC: getting in their face and picking them apart instead of maybe brawling and looking good doing it. I need to just get the job done and finish these dudes.”