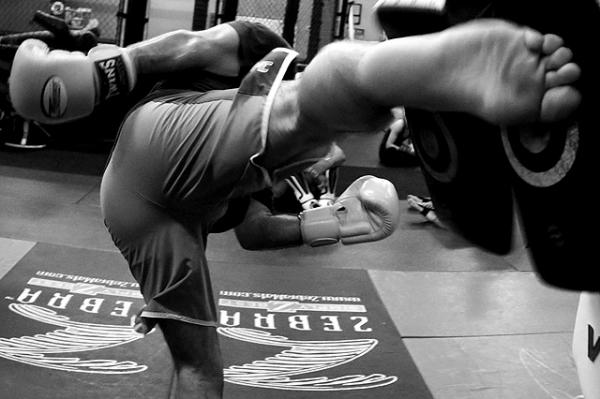 The June 21 fight was the second time Verhoeven (44-9, 10 KO’s) and Ghita (50-11, 39 KO’s) have met in the ring. Verhoeven won both by way of decision, with the second victory being much more clear-cut than their first fight in October.

As the top two fighters in the division by some margin, he and Ghita had been locked in a duel to see which of them would take the champion’s belt. Now that Verhoeven has won it, and silenced his Romanian rival in the process, he finds himself without a clear challenger.

“Who’s gonna be next? That’s a tough question. I have beaten Daniel two times in six months now, so I think that says enough about me and my qualities,” Verhoeven told Sherdog.com.

“So who am I going to fight next? For me it doesn’t matter -- every fighter is one you have to watch out for. I was in that same position once: eager to win, [with] that fire to be the champion, so I have to make sure they stay where they are. I have to stay focused and keep winning and keep putting on good fights.”

The only obvious challenger at present is Errol Zimmerman (103-11-1, 44 KO’s). He put himself into the title-shot picture by beating two opponents in one night to win the Heavyweight Contender Tournament at Glory 16 “Denver” in May.

He and Verhoeven are 1-1 against each other. Verhoeven outpointed him at Glory 9 “New York” last year to avenge the knockout loss he suffered at Zimmerman’s hands in January 2012.

Verhoeven happened to be in Denver when Zimmerman won his tournament. Media directed some questions toward Verhoeven at the post-fight press conference, and Zimmerman got a little irate, feeling Verhoeven was stealing his shine.

Some words were exchanged. When Verhoeven told reporters that he doesn’t see any obvious challengers for his belt, Zimmerman snarled back with a promise to “knock you out again”. More recently, he has made similar comments in Dutch newspapers.

“He did an interview with a Dutch newspaper and said he wants to fight me and humiliate me with one punch. That’s just Errol, he’s just trying to get the fight,” Verhoeven said.

“There’s no bad blood between us, that’s just how he is. I respect that, there’s no hard feelings. When we see each other, we can have a drink together. We’re not best friends or anything, but we can see each other and go out together -- then a month later have a fight. That’s just the business we are in.”

Another name which has potentially edged its way into contender status is, surprisingly, Mirko Filipovic (23-8, 12 KO’s).

The veteran Croatian may not have the tiger-like explosiveness of his youth anymore, but since his return to kickboxing in 2012 he has gone 7-1, with the lone defeat being a controversial decision setback against Remy Bonjasky earlier this year.

“Cro Cop” fought Jarrell Miller at Glory 17 “Los Angeles” in June and won the bout handily. Miller subsequently failed a drug test and has been issued a nine-month ban by the California State Athletic Commission.

Verhoeven seemed surprised when informed of Filipovic’s recent success. He says he would jump at the chance to face the Croatian legend, even if many would assume the result to be a foregone conclusion.

Tyrone Spong and Gokhan Saki dropping to light heavyweight has left the heavyweight division in a state of flux. There are several fighters lower down the rankings who are on campaign to get into the title picture but need time to get there.

Benjamin Adegbuyi has been pegged as the most likely to emerge as a contender. The Romanian-Nigerian, who was brought in by Alexander Gustafsson to help prepare for his UFC fight with Jimi Manuwa earlier this year, is 2-0 in Glory with two finishes.

“I definitely think Adegbuyi is one of the up-and-coming fighters. Glory should give him the right fights. Don’t put him up against the top guys right now,” said Verhoeven. “Give him fights he can build on and definitely he can become a contender, maybe even a champion in the future. I like his fighting style a lot. He just maybe doesn’t have the experience yet.”

As for Hesdy Gerges, who is 2-1 in Glory and 3-1 in his last four overall, Verhoeven thinks that while mathematics might soon get Gerges (44-13-1, 20 KO’s) into a contender position, the 30-year-old Egyptian won’t be able to do a lot once he gets there.

“At the same time, I never underestimate anybody, so if he fights his way to a title shot then of course he becomes a dangerous opponent. With heavyweights a fight is always dangerous anyway; a single punch can end it instantly.”

Glory has yet to announce the date of its next event, but sources in the company say several announcements will be coming soon. The next event will almost certainly be in the U.S. and will feature at least one title bout.