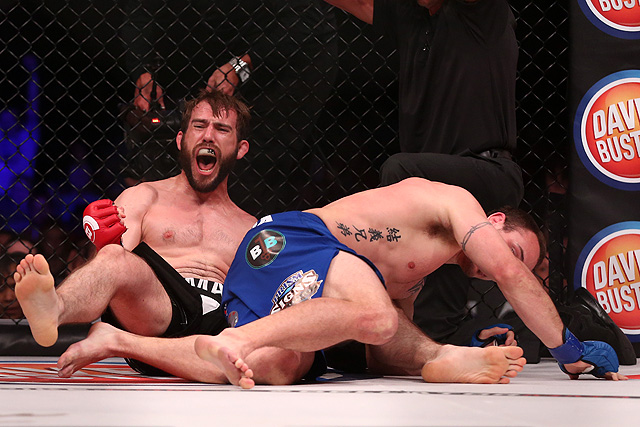 
Ryan Couture will face Nick Gonzalez in a preliminary lightweight bout at Bellator 143.

Bellator 143 takes place at State Farm Arena in Hidalgo, Texas, and is headlined by a bantamweight scrap pitting Joe Warren against L.C. Davis. The evening’s main card airs on Spike TV at 9 p.m. ET/8 p.m. CT, while the preliminary draw streams immediately prior on Spike.com.

Couture has won four straight since his UFC release, including first-round submission triumphs over Dakota Cochrane and Tommy Bagnasco under the Bellator banner. The 33-year-old Xtreme Couture representative is 10-3 as a professional overall.

Gonzalez, a 30-fight veteran, has not competed since September 2013. “The Ghost” had a brief Bellator stint in 2009, dropping consecutive fights to Yahir Reyes and Luis Palomino. The Austin native is coming off a 1-2 stint with Legacy Fighting Championship, including a loss to Leonard Garcia in his last outing.