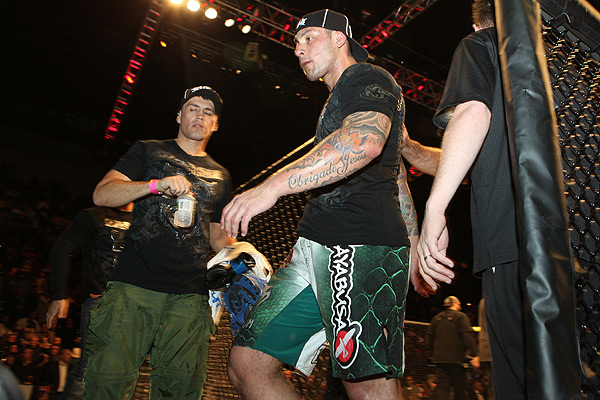 Thiago Silva has been suspended for six months following a positive test for marijuana metabolites at UFC on Fuel TV 6.

Promotion officials announced the news on Wednesday evening, revealing that Silva has admitted to taking the banned substance and has agreed to participate in an approved drug rehabilitation program. Silva’s six-month suspension will be applied retroactive to his Nov. 10 bout against Stanislav Nedkov, and his victory will be changed to a no-contest. The UFC acted as its own regulatory body at the event due to Macau’s lack of an athletic commission.

Silva submitted Nedkov in the third round of their confrontation at CotaiArena in Cotai, Macau, catching the Bulgarian in an arm-triangle choke after surviving a second-round knockdown. Once Silva’s suspension ends, the native Brazilian must pass a new drug test before he will be allowed to fight again.

Silva, 30, has struggled to stay healthy in recent years after battering five of his first six UFC opponents. Prior to his confrontation with Nedkov, the hard-hitting Blackzilians representative last competed in April against Alexander Gustafsson at UFC on Fuel TV 2, dropping a unanimous verdict to the Swedish prospect after serving a one-year suspension handed down by the Nevada Athletic Commission for falsifying a urine sample.