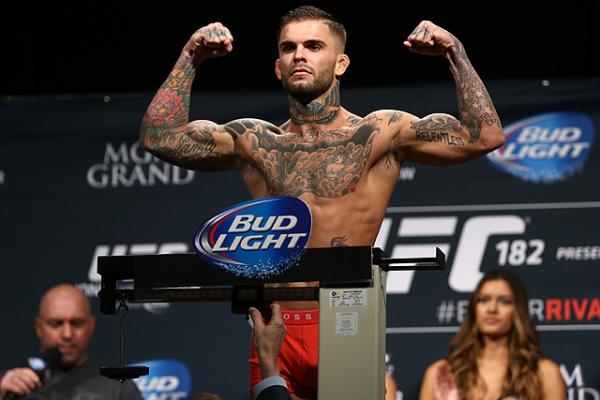 
The UFC 189 lineup continues to grow, as promotion officials announced on Friday that Cody Garbrandt will face Enrique Briones in a bantamweight matchup.

UFC 189 takes place at the MGM Grand Garden Arena in Las Vegas on July 11 and is headlined by a featherweight title bout between Jose Aldo and Conor McGregor. In the co-main event, Robbie Lawler will defend the welterweight belt against Rory MacDonald.

Anchored at Team Alpha Male in Sacramento, Calif., the 23-year-old Garbrandt is 6-0 -- with all six wins via KO or TKO -- in his young professional career. “No Love” made his Octagon debut at UFC 182, where he stopped Marcus Brimage 4:50 into round three.

Briones is unbeaten in his last eight outings, with a draw against Adrian Cruz at Legacy FC 30 the only blemish on his record during that time. The Tijuana, Mexico, native made his first promotional foray at UFC 180 last November, where he submitted Guido Cannetti in the second round.