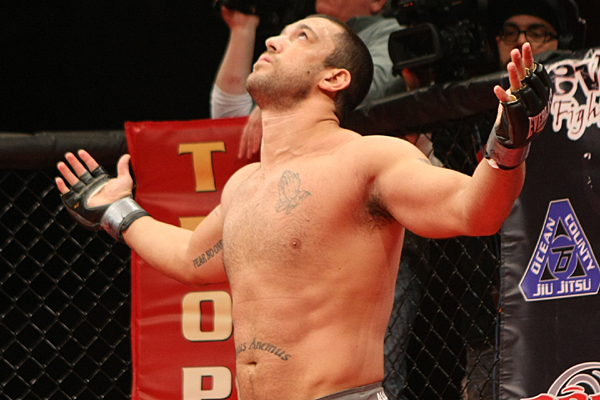 UFC middleweight grappler Tom DeBlass has retired from the cage.

“After a lot of talk with my family and coaches,” DeBlass wrote, “I have decided to retire from fighting and focus on my family, my academy and helping my students to achieve their goals.”

DeBlass made his mixed martial arts debut in 2010, rattling off seven consecutive victories under the Ring of Combat banner while winning the organization’s heavyweight and light heavyweight titles.

The New Jersey native answered the call to join the UFC on short notice in April when he agreed to fight Cyrille Diabate on just 12 days’ notice at UFC on Fuel TV 2. Though DeBlass managed to secure a takedown and control the fight early, Diabate persevered and walked away with a majority decision.

DeBlass returned to the Octagon on Nov. 10 as a middleweight and took on former Deep champion Riki Fukuda, who used a superior standup game to earn a unanimous decision over DeBlass at UFC on Fuel TV 6. DeBlass departs the cage with a career mark of 7-2, having earned four of his victories by knockout or submission.

“At this time, I feel it's best for me to give my time to others and spend more time with my family,” wrote DeBlass. “The drive to keep fighting is not there any longer. I have an amazing academy and feel my students need my full attention.”