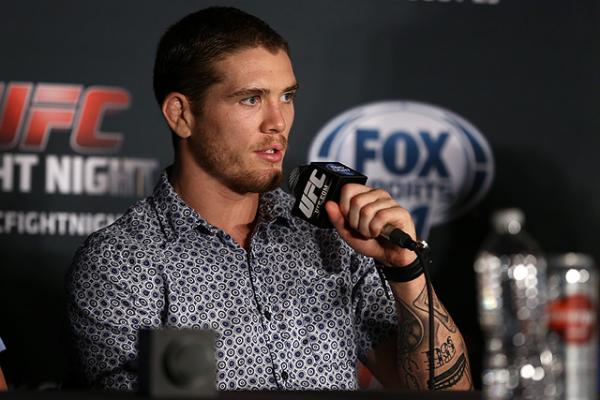 The Las Vegas-based promotion revealed to UFC Tonight on Wednesday that Mein announced his plans in a letter approximately two weeks ago. Mein later explained his decision to UFC.com.

“I’m ready to transition to a different part of my life,” Mein said. “I’ve been at this for 12 years, 10 years professionally, so I’m just ready to move on in my life.”

Mein, a native of Lethbridge, Alberta, Canada, does not turn 26 until October. He last competed at UFC 183 on Jan. 31, when he suffered a second-round knockout loss to Thiago Alves. The Canadian Martial Arts Centre representative went 3-2 in the Octagon overall, with triumphs over Dan Miller, Hernani Perpetuo and Mike Pyle.

Mein’s lost his first professional fight against Rory MacDonald at Rumble in the Cage 17 when he was 16 years old. Since that time, “Young Gun” has compiled a 29-10 career mark in a number of different promotions. Before signing with the UFC, Mein garnered triumphs over Joe Riggs, Josh Burkman, Marius Zaromskis and Evangelista Santos.

While he is not interested in active competition, Mein plans on remaining involved in MMA, both in training and teaching.

“I love martial arts, it’s just the competition side of it, staying at that high intensity and high level, and I’m going to a different aspect of life,” Mein said. “I just don’t want to compete anymore at the highest level. I still love to compete in the gym, and I’m more into wanting to teach and maybe even going a different route and getting away from martial arts and doing something else. I don’t know yet.”