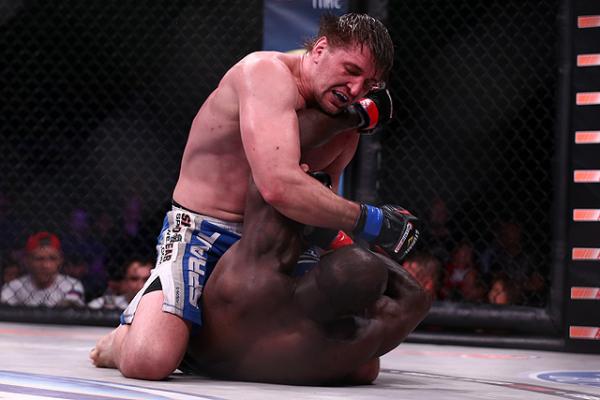 Takedowns, a smothering top game and ground-and-pound helped the undefeated Russian overcome a first-round point deduction for low blows and retain his Bellator MMA heavyweight championship with a unanimous decision over Cheick Kongo in the Bellator 115 main event on Friday at the Reno Events Center in Reno, Nev.

Outside of a lopsided fourth frame in which he kept the fatigued champion on his back, Kongo was largely ineffective. Minakov knocked down the Frenchman with a right hand in the first round, wobbled him with another right behind the ear in the second and racked up points from top position in the third. He sealed the deal in round five, where grounded Kongo (20-9-2, 2-1 Bellator) inside the first 10 seconds and neutralized him on the canvas for the remainder of the fight, moving to full mount and unleashing his hands. 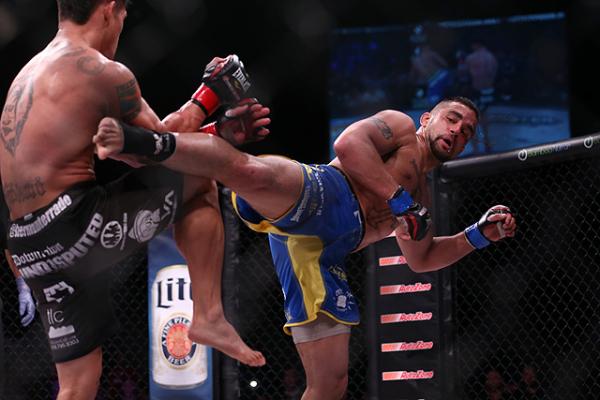 Photo: D. Mandel/Sherdog.com
Terrado and Baesman fought to a draw.
King of the Cage veteran Justin Baesman fought to a majority draw with Herman Terrado in a back-and-fourth encounter at 170 pounds. Two of the three cageside judges scored it 28-28; a third cast a 29-28 scorecard in favor of Terrado (11-3-1, 0-1-1 Bellator).

Terrado controlled the first and third rounds with his takedowns and grappling. The 24-year-old transitioned between full mount and Baesman’s back in the first before threatening him with clubbing right hands and an armbar in the third.

However, Baesman (14-4-1, 0-1-1 Bellator) enjoyed a thoroughly dominant second round, where he wobbled the muscular Guamanian with a head kick, bullied him to the mat and tore into him with ground-and-pound. He nearly finished it with a series of forearms and elbow strikes in the closing seconds, the bell saving Terrado from referee Jason Herzog’s intervention and ultimately forcing the draw. 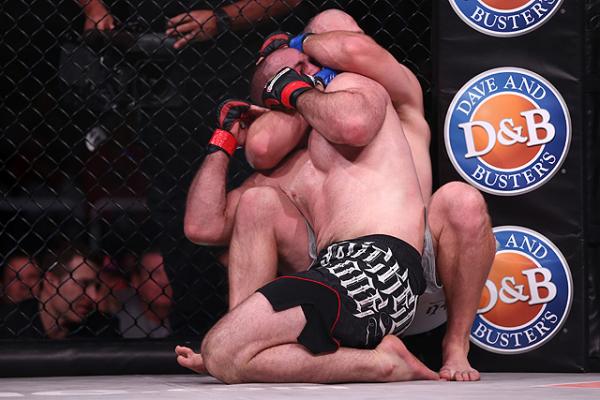 Anundson (7-2, 1-0 Bellator) overwhelmed the Swiss prospect with relentless pace and determination. He delivered seven takedowns in the first round alone, suffocating Oezdemir in close quarters. In the second round, Anundson grounded his counterpart yet again, transitioned to his back and locked in the fight-ending crank.

The 29-year-old Reno, Nev., native has finished his last four opponents, three of them by submission. 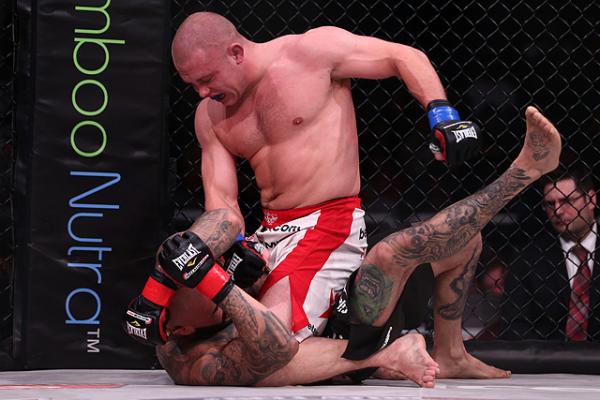 Photo: D. Mandel/Sherdog.com
Parlo easily outpointed Cisneros.
Xtreme Couture’s Mikkel Parlo utilized repeated takedowns, superiority in the clinch and a stifling top game, as he cruised to a unanimous verdict over King of the Cage veteran Johnny Cisneros in a featured 193-pound catchweight affair. All three judges scored it the same: 30-27 for Parlo (12-2, 4-2 Bellator).

Cisneros (8-3, 0-1 Bellator) had his moments on the feet but failed to control distance effectively, spending much of the match pinned to the mat. Parlo struck for takedowns in all three rounds, moving to full mount twice over the final 10 minutes.

The 23-year-old Dane corralled Cisneros with conservative but effective ground-and-pound, mixing in elbows and punches. 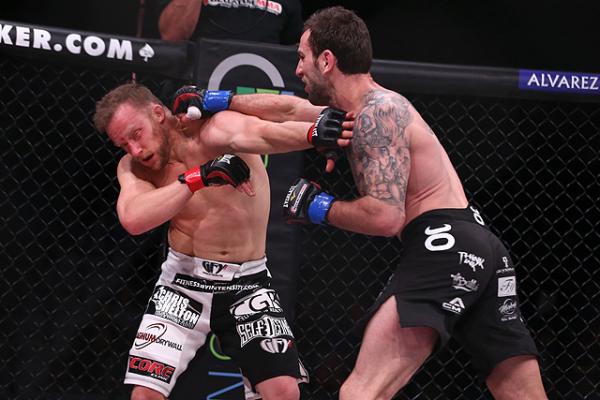