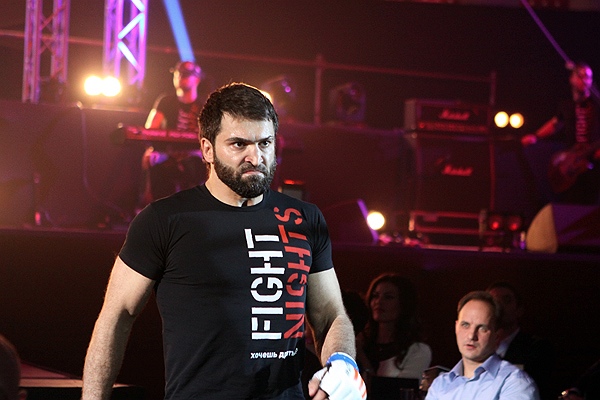 Andrei Arlovski is on a five-fight unbeaten streak. | Tim Leidecker/Sherdog.com


The World Series of Fighting will unveil its second event on the NBC Sports Network on March 23. A successful sophomore effort from the Las Vegas-based promotion would better position it to challenge Bellator MMA as the No. 2 organization behind the Ultimate Fighting Championship.

World Series of Fighting leaders Ray Sefo and Ali Abdelaziz have set their course for success by signing big-name free agents like Miguel Torres, Anthony Johnson and Andrei Arlovski. Now, these stars find themselves in the hot set, with expectations on the rise.

Our monthly “Tussles” feature -- which takes readers around the globe in an effort to broaden their MMA horizons and showcase the best fights and fighters that might not draw much attention otherwise -- surveys the mixed martial arts landscape, turning its attention towards Japanese prospect Hiromasa Ogikubo, “The Ultimate Fighter” Season 10 alum James McSweeney and a number of other accomplished veterans.

As always, the list does not focus on the well-promoted main event bouts from major organizations you already know to watch, but rather on fights from all over the planet that are worth seeing. UFC and Bellator cards are excluded by design.

You know weight cutting in MMA is getting out of hand when Johnson, who fought Charlie Brenneman as a welterweight 18 months ago in the UFC, is taking on Arlovski as a heavyweight in the World Series of Fighting 2 main event. “Rumble” was a humongous welterweight, a big middleweight and a solid light heavyweight, so it will be interesting to see how his 6-foot-2 frame handles competing at the sports highest weight class. Arlovski comes into the fight unbeaten in his last five outings. The WSOF 2 undercard will stream live on Sherdog.com.

Despite suffering the first setback of his young career, Norifumi “Kid” Yamamoto protégé Horiguchi remains one of the hottest commodities in Japanese MMA today. Still only 22-years-old, the blond-haired boxer will gun for his first major title when he takes on Ogikubo for the Shooto 132-pound championship. Ogikubo submitted Koetsu Okazaki to win the title in May.

Even though he was not able to show it during a subpar run inside the UFC’s Octagon, Oregon’s Wilson has proven himself a well-rounded threat throughout his career. The Brazilian jiu-jitsu black belt holds notable wins over Pat Healy, Jay Hieron and Steve Bruno. Wilson will next fight under the Predator Fight Championship banner in Sao Paulo, Brazil, just four hours from his adopted home of Ribeirao Preto. His opponent, undefeated submission specialist Silva, operates out of the famous Chute Boxe camp. “Buscape” brings an arsenal of dangerous chokes to the ring.

Seven years ago, Davis made his professional MMA debut for the Victory Fighting Championship promotion, knocking out Nick Wright in the VFC 12 opener. More than 20 bouts later, the well-travelled International Fight League, Affliction, Sengoku and World Extreme Cagefighting alum returns to the place where it all as started, as he takes on UFC and Bellator veteran Roberts in the VFC 39 headliner. After a serious post-UFC slide that lasted six fights, Roberts has managed to turn around his career, posting seven wins in his last 10 appearances. A strong wrestling background all but guarantees Roberts will be competitive here.

England’s flagship event series, the British Association of Mixed Martial Arts, comes through with its first show of the New Year. In one of BAMMA 12’s marquee matchups, Warburton takes on an exciting young striker in Ray for the promotion’s British title. Warburton is widely regarded as something of a domestic benchmark, a target for any aspiring up-and-coming fighter serious about reaching the next phase of his career.

Poland’s KSW organization has put together a nifty light heavyweight title tilt of its own, as the promotion brought in four-time UFC veteran Reljic to challenge for Blachowicz’s belt. The Croatian all-rounder bounced back and forth between 185 and 205 pounds inside the Octagon and has competed as high as heavyweight. Equally well-rounded, Blachowicz is taking the challenge seriously, preparing for the fight at Alliance MMA in San Diego.

As home to American Top Team and the Blackzilians, two of the foremost camps in the United States, Florida has provided fertile grounds for MMA. The Championship Fighting Alliance promotion has also planted its flag there. The Miami-based promotion will celebrate its 10th event with a main event featuring McSweeney and Staring. One of the primary sparring partners for Alistair Overeem, Staring performed much better than anticipated in a second-round technical knockout loss to Daniel Cormier in January.

Marko Gyllenland is a longtime matchmaker for the successful Zone Fighting Championship promotion and the organizer behind Alive Fighting Championship, one of Scandinavia’s most prestigious submission wrestling events. Now, he has launched the Heroes Fighting Championship organization. Undefeated wrestlers Stahl and Magomedov will collide in the marquee matchup of the inaugural HFC show. Stahl has not competed since November 2011, so it will be interesting to see whether or not ring rust becomes an issue.

Longstanding Japanese promotion Pancrase has made a habit of stacking its 2013 events with more than 20 professional fights. There is plenty of quantity and quality at Pancrase 246, as Dream veteran Yamamoto takes on home-grown Pancrase talent Kitakata in an intriguing flyweight bout. Yamamoto has a significant edge in experience and has proven almost impossible to finish in recent years. Kitakata, 11 years his junior, has nothing to lose by stepping up in competition, as he wants to push his name as a possible future title contender.

Two of the top middleweight prospects in the Buckeye State will collide, as Masterson returns from a 20-month layoff to square off with Beckley. Masterson, a teammate of UFC heavyweight Stipe Miocic, had to deal with the loss of his younger brother, who was an up-and-coming amateur fighter. Beckley, a certified personal trainer and talented grappler, can draw upon an extensive amateur career that saw him go 9-2 before turning professional in 2010. He has never gone the distance.