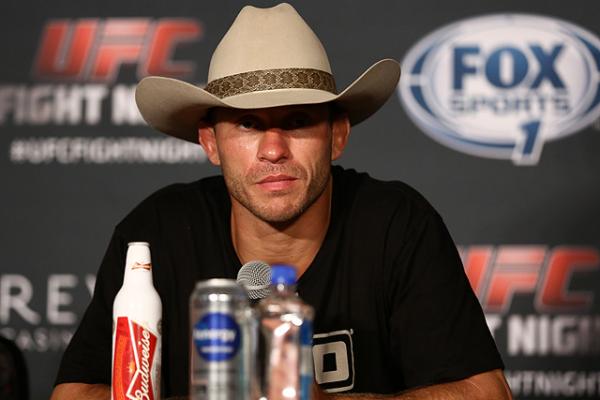 
A Donald Cerrone finish has become almost as certain as death and taxes.

The “Cowboy” clobbered Jim Miller with a second-round head kick in the UFC Fight Night “Cerrone vs. Miller” main event on Wednesday at the Revel Casino in Atlantic City, N.J., knocking out the New Jersey native in front of a partisan hometown crowd. Miller absorbed the full impact of Cerrone’s shin, took one step backward and collapsed to the canvas in a semi-conscious state. One final right hand did him in 3:31 into round two.

Cerrone has finished each of his last four opponents inside of two rounds, re-emerging as a viable contender within the 155-pound weight class. The Jackson-Wink MMA standout now owns a stellar 11-3 mark inside the Ultimate Fighting Championship, with Nate Diaz, Rafael dos Anjos and reigning lightweight titleholder Anthony Pettis accounting for his only losses.

In wake of UFC Fight Night “Cerrone vs. Miller,” here are six matchups that ought to be considered:

Related: By the Numbers: UFC Fight Night ‘Cerrone vs. Miller’


Donald Cerrone vs. Khabib Nurmagomedov: Cerrone is nothing if not entertaining. The 31-year-old has recorded 19 finishes among his 24 career wins, including three head-kick knockouts in his last eight appearances. While Cerrone has thus far fallen short against cream-of-the-crop lightweights, he has put himself in position to make another run at those who carry such labels. Nurmagomedov, the 25-year-old Dagestani brute no one seems to want to face, has looked all but unstoppable in rattling off 22 consecutive victories to start his career.

Edson Barboza vs. Jorge Masvidal-Daron Cruickshank winner: Always one strike away from victory, Barboza dismissed Evan Dunham with a grazing kick to the solar plexus 3:06 into the first round of their co-main event encounter. While questions regarding the sturdiness of his chin persist, Barboza has proven to be one of the lightweight division’s most dynamic strikers. In fact, during his 10-fight run in the UFC, the former Ring of Combat champion has delivered finishes via head kick, body kick and leg kick (twice). Masvidal and Cruickshank will duke it out at UFC on Fox 12 on July 26.

John Lineker vs. Brad Pickett-Ian McCall winner: Lineker started the process of quieting his critics by successfully making weight and then came through with an equally impressive performance inside the cage. The 24-year-old former Jungle Fight champion ripped into Alptekin Ozkilic with power punches to the head and body, ultimately wearing down the game Turk and setting up the finish late in the third round. A pair of left hooks finished the job for Lineker -- a man some view as the most significant threat to the reign of flyweight champion Demetrious Johnson. The brick-fisted Brazilian has won 18 of his last 20 bouts. Pickett and McCall will square off in a high-stakes showdown at 125 pounds on July 19 in Ireland.

Rick Story vs. Gunnar Nelson-Zak Cummings winner: Story’s first appearance under the MMA Lab banner was an unmitigated success. The 29-year-old followed the game plan set forth by John Crouch and dominated Leonardo Mafra Texeira, earning an arm-triangle choke submission in the second round. Story has gone 4-5 in nine appearances since he upset Thiago Alves at UFC 130 and will need to show more consistency to once again become a serious player at 170 pounds. He took his first step against Texeira. Nelson and Cummings will collide at UFC Fight Night “McGregor vs. Brandao” on July 19 in Dublin.

Jim Miller vs. Rustam Khabilov: Miller must now rebound from his first knockout loss as a professional. Despite the defeat, the seasoned and well-rounded AMA Fight Club representative remains one of the UFC’s consummate competitors, as evidenced by the fact that he has never lost back-to-back bouts. Khabilov saw his six-fight winning streak grind to a halt in a submission loss to former lightweight champion Benson Henderson at a UFC Fight Night event in June, when he succumbed to a fourth-round rear-naked choke at Tingley Coliseum in Albuquerque, N.M.