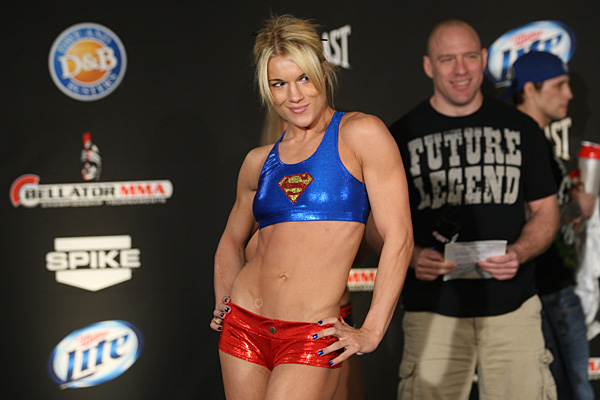 The all-female promotion announced the signing on Tuesday, revealing that “Lil Bulldog” has inked a multi-fight contract and will make her promotional debut later this year.

“I couldn’t be happier than I am now, after signing with Invicta FC,” Herrig stated in an official release. “I have seen them do so much for women and really give them a chance to shine. I don’t think anyone realized how big Invicta FC would become, and I am truly proud to say I have found a home with them.”

Herrig, 28, has won four straight fights, posting a pair of wins in the Florida-based Xtreme Fighting Championships before signing with Bellator. Two more victories would follow for the Jeff Curran protégé within the Viacom owned promotion, as Herrig took a unanimous decision from Patricia Vidonic last December before earning a split nod over Heather Clark this past March at Bellator 94. Herrig’s last defeat came in December 2011, when she was outpointed by reigning Invicta 115-pound champion Carla Esparza.